Swipe and Roll is sure a blast from the past. Players that want a modern day slot with a nostalgic feel to it need look no further than the classic Swipe and Roll. Everything about it screams for a time when slot machine games were simple and never flashy. Read the review of this game from us at Top New Casino.

This five reel slot machine features the traditional game symbols of fruits and bars, with a yellow bell representing the scatter symbol. While the reels are spinning, players will hear 1960s style music.

Of all the fruits seen on the reels, the watermelon has the highest value, followed by plums and oranges. However, the symbol to watch out for in this game is its wild. When players get a wild symbol on the reel in the middle of the screen, the symbol becomes a multiplier. When they become stacked wilds, players can expect to win big. One of the most exciting features of this game and the one that makes it a modern slot machine is the re-spin feature. The appearance of at least three of the wild symbol on the reels at once triggers it. They then become sticky wilds while the reels are spun once again.

In this game three reels are swiped by the player and they receive whatever prize they are awarded. There is one cash prize awarded for each of the three reels. If the up or down arrows appear on the screen players get even bigger prizes.

Conclusion of Swipe and Roll Slot

Players can access Swipe and Roll at many online casinos as well as on their mobile devices. The game can be played for free or by using real money to bet on each spin of the reels.

Regardless of which way a player chooses to enjoy it, Swipe and Roll has already proven to be a popular game in the short time it has been found online. It appeals to older players with its classic symbols and retro music. However, it also appeals to younger players as it is a video slot machine that includes three exciting bonus features.

Swipe and Roll is the perfect game for players who are new to slot machines. It is easy to learn and even the bonus features are uncomplicated. The game doesn’t have to rely on flashy graphics to draw players in, as the combination of old and new has already achieved this. It likely has a bright future ahead of it as a growing number of players discover the game and make it a part of their regular routine. It is already proving popular among players around the world. 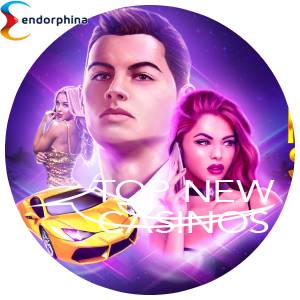